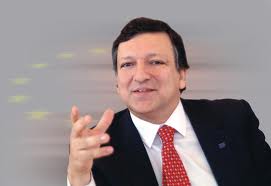 Guardian.uk: In a surprise announcement EU Chairman Baroso today told the press, that European leaders has reached an agreement on a tax on financial transactions. Revenues are to be spent on job creation through investment in infrastructure, green energy and education. “This is a New Deal for Europe”, says Baroso. “In the light of social crisis, leaders have decided to make a bold move for European solidarity”.