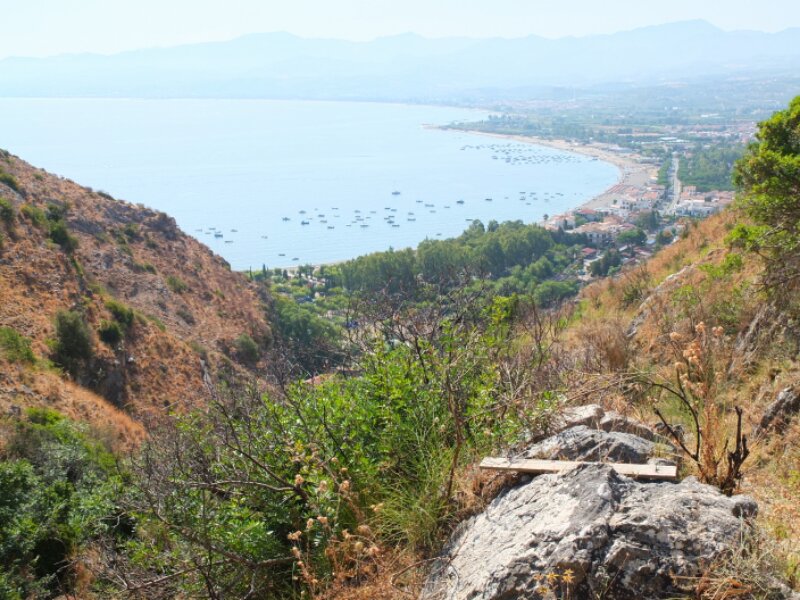 Some times a DSLR plus extras is simply to heavy to carry along. Consequently, I’ve been on the lookout for a camera to take along, when portabily is of primary concern. Finally I decided on the Fujifilm X10. Is has good image quality for a compact camera, a viewfinder, good controls – including an ingenious manual zoom ring. And I like the retro-design 😉
My initial plan was to use it much the same way I use my DSLR, that is mostly in aperty-priority mode and shooting RAW exclusively, converting in Lightroom. However, as several reviews has pointed out, the X10 makes really good JPEG’s, while third-party RAW-converters – including Lightroom – don’t deliver very well. Maybe it has to do with the fact, that the sensor used in the X10 doesn’t use the usual bayer-pattern, but its own alternative layout of the RGB filter?

Anyway, I decided to go full monty for this years summer vacation to Sicily, leaving my DSLR at home, bringing only the X10 and use it exclusively in JPG. Furthermore, I’m shooting almost everything in the advanced auto-mode (EXR). In this way, I will find auto what the camera is up to when left to chose the supposedly most optimal settings for it self – including those, where the resolution is halved, but sensor pixels coupled in pairs for higher dynamic range or better low-light quality.
At first, it felt a little bit frightening just to compose and press the trigger, and let the camera do the rest. But its allso rather fun 😉 I will post some more on the results, when I have had the time to really evaluate them.
Shooting in JPEG has added benefits, when it comes to travelling light. Two large SD cards are enough for two weeks of shooting. And more importantly:  Instead of carrying a laptop to backup and do the initial sorting of my pictures, I can do that on my tablet. For other reasons, I have choosen a Samsung 8.9 tablet, which is rather lightweight compared to other android tablets or an iPad. It is, however, quite adequate for initial review and backup, and for the occasional posting to the web 😉

Now I just need to figure out, how to bring down the weight of the wine I intend to bring home…….

(PS: This is also the first time, that I have written a blog post, using the Android app for WordPress. Sorry for any mistakes.)

1 thought on “My new travel kit”