Mike Johnston at The Online Photographer (TOP) has written a thoughtful post on the subject: what makes photographs valuable for the future. As usual, the post has caused a lot of comments. The following is my own contribution, as posted on TOP. Please go here to read Mike’s original post and all the other comments.

What this interesting post and the comments illustrate nicely, is that “value” is not something absolute or intrinsic to an object, but something that is attributed to the object in a certain context. And as the context change, the value may change likewise.

Alas, mama is going to take our Kodachrome away. At least that is what is being suggested in an article from AP, quoted in a number of net media. Kodak has gradually phased out most versions of the well known 35mm slide film, with the 64 ISO version being the only one remaining. 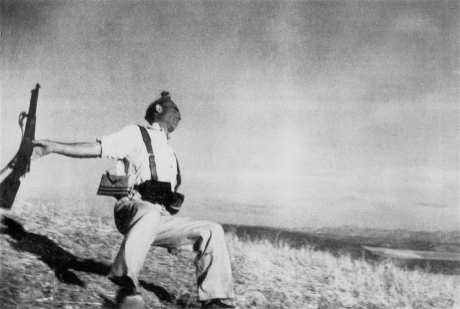 A number of Robert Capa’s negatives from Spain, believed to have been lost during WW2, has resurfaced in Mexico. The collection allso includes pictures by Davis Seymour and Gerda Taro. The New York Times has the story.