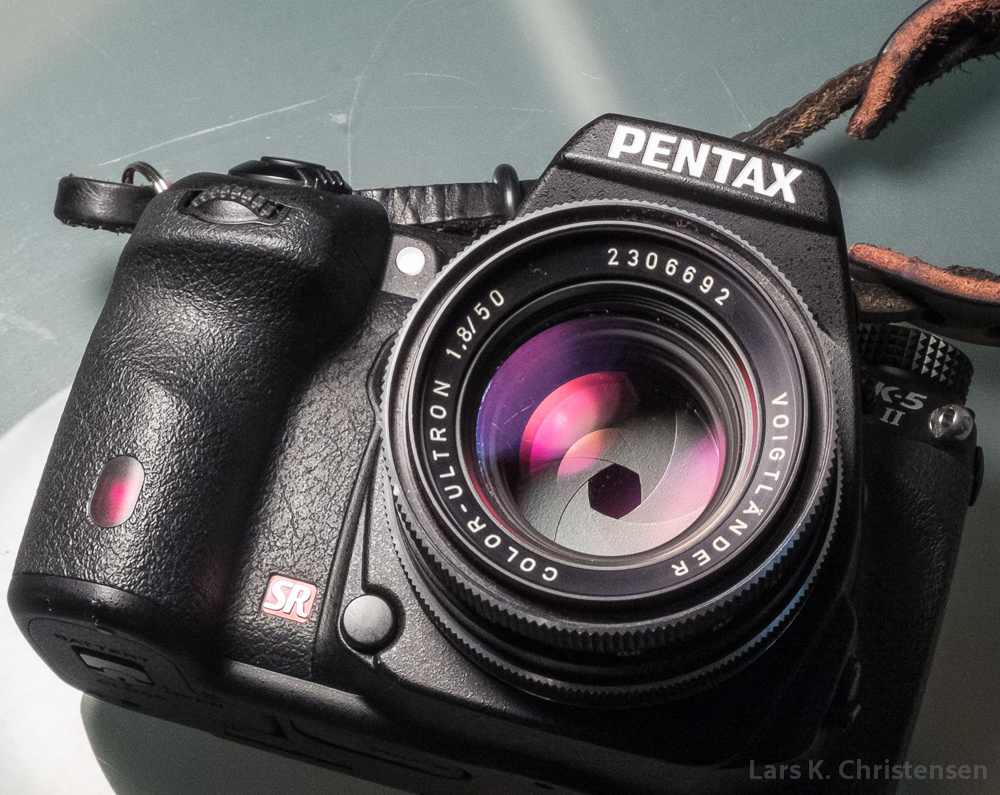 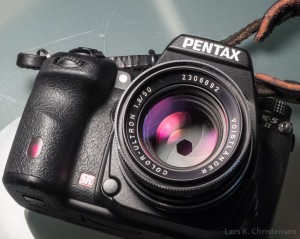 The Color-Ultron mounted on my K-5 II

It wouldn’t be fair to judge a lens like this from only a few days of use. Especially not at this time of year, when we barely see the sun and most pictures are taken at very low light. But my initial impressions are positive: it is sharp, it has very good contrast – which might be attributed to its Zeiss heritage – and I like the output so far.

The lens has auto-aperture which, as with most M42 lenses, is controlled by a small pin on the back of the lens. But when using an adapter there is nothing to control the pin, so it must be activated permanently in some ways.  I found it can be pushed in and slightly under the back cover, and then secured by a drop of glue. 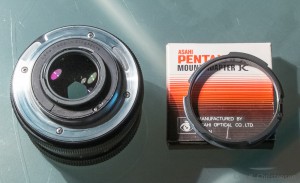 Back of lens and adapter

With that taken care of, the lens can be mounted and aperture set by turning the aperture ring. In other words:  the leans are always used at working aperture. Unfortunately, this means that at smaller apertures the viewfinder becomes quite dark and it can be very difficult to focus.

On the other hand, depending on the distance to the subject, the depth of field can become very shallow at large apertures. This can be very nice, for instance when shooting portraits. But at the same time, it makes focusing a bit of a hit or miss thing.

In not quite so many words: this lens is a beauty, but it’s a hassle to use.

In fact I have another manual 50 mm lens which is almost, if not quite as old as the Voigtländer: a SMC Pentax-A 1.4. It might not have the same contrast and it might be a little bit less sharp when wide open. But it’s still a good lens and even F 0.4 faster. The focusing ring turns more smoothly and precise. And most importantly: it has a K-mount bayonet, meaning it will fit the K-5 directly without an adapter and have a working auto-aperture.

All in all, for this type of lens I will probably use the Pentax 9.5 times out of 10. So why bother with the Voigtländer? To be honest, primarily for nostalgic reasons. This lens came with my first ever SLR, a Voigtländer VSL-1, which I bought back in 1976 when I was 14 years old. It served me well for several years, but for almost three decades it has been lying around, gathering dust. To be able to mount this old friend on a modern DSLR and bring it back to life, even just briefly, was a joy.

The following are some example shots. I didn’t bother to write down the aperture for most of them, and all of them have been edited in Lightroom. It’s not proper test-shots – just examples from real life: 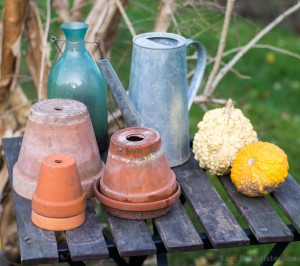 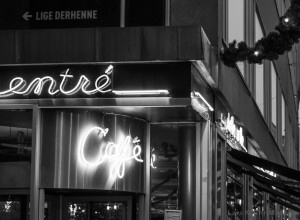 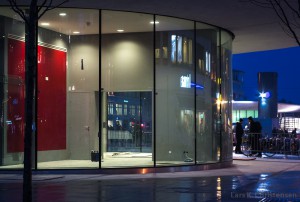 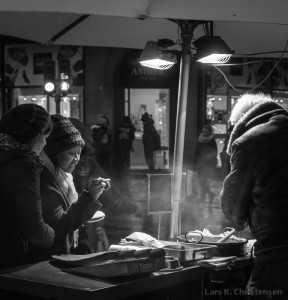 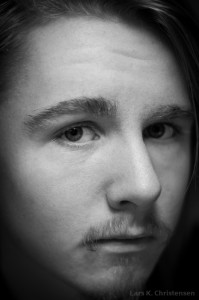